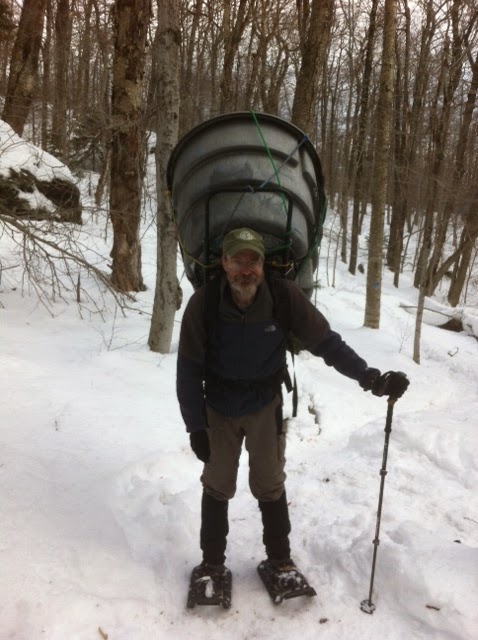 Saturday March 8 Bob Whitney and Marge Fish went into Bromley Shelter, which the Manchester section of GMC maintains, and sandpapered off the graffiti that some rude people had put into the shelter. Then Bob carried out on a pack frame the old catcher from the composting privy. This had been weathering for 6 years, ever since it had been replaced by a beyond the bin catcher. Thank you Bob!

These widgets are displayed because you haven't added any widgets of your own yet. You can do so at Appearance > Widgets in the WordPress settings.

Theme by Anders Noren — Up ↑